Whether you are at a karaoke bar with friends at the weekend or spending an evening in the comfort of your own home with your personal karaoke setup, there is no better entertainment than singing some of the best duet karaoke songs ever recorded.

There is no greater feeling than when you 'kill it' with your solo karaoke performance, but if you have never tried a duet with a friend, now is the time to go for it!

Twice the vocal range and twice the fun!

Some of the best duet karaoke songs are not that difficult to perform, it is much easier when there are two of you singing to help each other along.

If you are lacking in confidence as a solo performer then duetting with a partner or friend is a surefire way to get rid of your nerves. Choose a song that you both know and decide how you are going to share the vocals to show off the quality of both your voices.

From break-ups to make-ups there are so many incredible duets to choose from. With that in mind we have compiled a Top 20 list of some of the best duet karaoke songs of all time.

This amazing 2018 track is a perfect romantic choice for any loved up couple to perform. Bear in mind two thirds of the song is Gaga singing and she is definitely the 'STAR' on this romantic song.

Two iconic artists who never failed to impress us with their vocal talents. Islands In The Stream is no exception! A timeless classic that every Karaoke Kook knows & loves.

Great duet choice for karaoke, this track is funky & fresh and will kick start any great karaoke night.

Who would have ever imagined this coupling could work as a duet? Well, 'Moulin Rouge' proved it certainly did with this heartfelt romantic duet. Don't hold back, just give it your all!

A relatively easy song to sing and one to liven up any karaoke crowd. This duet is one you can have fun with & don't forget the 'Elton Glasses'!!

This classic by the late, great rocker 'Meat' accompanied by the one and only Cher was an inspired pairing of two great vocalists.

If you can knock this one outta' the park you will win the night hands down!

Keep the party upbeat with this Motown classic from the greats, Marvin Gaye & Kim Weston.

A favorite track at any karaoke party and up there with the best duet karaoke songs.

If you want to dig out some 'Hippy' gear and a couple of wigs to give your performance that extra edge, go for it!!

This 60's classic is one that you can have lots of fun with and crowds love it too.

joe cocker & jennifer warnes | up where we belong

The great Joe Cocker, what an incredible voice! One of the best duet karaoke songs that any couple can put their heart and soul into and a very popular karaoke choice.

If this inspirational song is not already on your playlist then it is time to add it now! Released in 1970 this 'black' empowerment song was written by the talented Nina Simone with lyrics that:

michael jackson & paul mccartney | the girl is mine

Great duet by two of musics'greatest artists. This track has a sweet melody and is an easy singalong song for karaoke.

This great anthem to New York is one of the best duet karaoke songs for any couple to perform. 'Empire State of Mind 'featured in Top 10 lists in more than 10 countries and ruled the Billboard for 5 weeks.

Grab the mics and have fun with this 1997 comical hit song. A great karaoke favorite and one of the best duet karaoke songs to entertain any crowd.

With a great balance between both vocalists this is an easy ballad to perform at karaoke. Another great track to add to your playlist of best duet karaoke songs.

The official video for this amazing song is a great karaoke duet. If it's good enough for Disney's High School Musical, then what else is there to say?!

pink & nate ruess | just give me a reason

This beautiful duet gets better and better the more times you hear it. Both singers get their chance to shine with the vocals. Put plenty of emotion into this one and you will smash it!

A novel spin on the musical 'Fiddler on the roof'. Girls can have a blast with this track, so grab a mic and show everybody what karaoke is all about.

Originally written for 'Fast & Furious', this sentimental song became a tribute to actor Paul Walker after his untimely death in a car crash before filming ended.

On Sing King, this duet has had an incredible 24,400,000 views. Any pair  duetting to this great song will have the crowd with them all the way!

Two of the greatest 'Super Star Divas' performed this popular track in 1998. No point in beating around the bush on this one, if you can't reach those high notes then leave it to the professional Kooks out there!!

This musical masterpiece by two of musics' greatest talents was believe it or not, written while they were both inebriated. When released in October 1981 it was a massive hit around the world and gave Queen their second No.1 in the UK charts.

When you listen to the song you hear it is a battle of wills between the two great artists Bowie & Mercury.

Performing this iconic song at karaoke is a challenge, but if you are both brave enough to take on one of the best duet karaoke songs ever, then make sure that you do it justice!!

'Under Pressure' is totally deserving of our No.1 spot for the best duet karaoke songs of all time with its amazing & powerful lyrics. We hope you all agree?!!!

"I wanted to prove the sustaining power of music"

Kooks Top.20 Picks have something for everyone. Duetting the night away to any of these classic songs will ,without a doubt ,impress any fun loving Karaoke crowd!!

We hope you find the perfect track for you next duet at karaoke!!!

Come on guys, it's time to grab a beer and get ready to impress your buddies with your sensational vocal END_OF_DOCUMENT_TOKEN_TO_BE_REPLACED 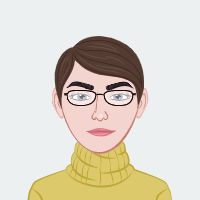 Hi, I'm Mirela and I am originally from Croatia but have been living & working in Ireland for the past few years. I miss home and try to get back there as often as I can. I love walking, reading & writing and in my spare time I have a passion for cooking, especially traditional Croatian dishes. I have introduced a whole new cuisine to my fiance and his family and they love it!