Fancy a little Jammin' with a glass or two of Red, Red, Wine?

Well you are exactly where you need to be as Karaoke Kooks have selected some of the best reggae karaoke songs to bring a serious 'positive vibration' to your next great karaoke party!

You may find that creating a reggae playlist is not that easy, as you need to find songs that people are familiar with and are also confident enough to sing.

Don't worry, Karaoke Kooks have researched this genre and found that there are lots of interesting and fun reggae karaoke songs that will 'Wow' all of your party guests at your next karaoke night.

Reggae is a unique genre having produced many great hits from many iconic artists. Most are fun and not too difficult to sing and audiences will be more than happy to help you along with your performance.

Choose a song that is the right match for you and fill the room with those reggae vibes!!

UB40 are possibly the best reggae band to come out of Birmingham in the UK. Achieving success not only in the UK with more than 50 hit singles in the charts, they also established a massive International following.

Red, Red, Wine, a cover of the Neil Diamond hit also made the UK charts in 1968 for the great Jimmy James & The Vagabonds. This was one of the best slow covers of the song although it did not get the full recognition it deserved.

The lyrics are easy for anyone to sing and this song is an 'All Reggae' hit that everybody should have on their playlist.

Another classic 'Oldie' and one of many great reggae karaoke songs for fans to sing. The catchy lyrics and reggae beat will have everyone dancing and singing along 'Electric Avenue'.....

A perfect fusion of Rock, Pop & Reggae on this fun hit. These two iconic artists recorded the track in 2014. Give it your best shot and the crowd will not remember to forget YOU!!

Try stopping your friends from dancing along to your performance!!!

Who hasn't heard this song? A classic and pure gold, it is fun and easy to for any Karaoke Kook to sing.

If you don't already know this song, then it's time you did! You may need to filter out some of the adult language in the lyrics depending on your audience.

Nevertheless, this is a great karaoke choice for reggae lovers.

bob marley and the wailers | i shot the sheriff

The iconic reggae legend Bob Marley never got it wrong, writing and performing some of the most memorable reggae songs of all time.

'I Shot The Sheriff' is only one in a catalog of hits that reggae fans all know and love! Karaoke crowds will too!

A classic reggae/rock song from the British band The Specials. This was one of the biggest selling singles of 1981 and spent 3 weeks at the No.1 spot in the charts.

One of many awesome Reggae karaoke songs!!!!

Released in May 1975, 'Barbados' was the debut single by British band Typically Tropical.

A catchy tune about a bus driver who leaves Brixton in London for the tropical island of Barbados where he is going to see his girlfriend. Catchy & memorable song.

A great karaoke crowd pleaser and a reggae gem for your playlist.

Who would ever have thought that this Elvis classic could be transformed into a chart topping reggae hit?. Only the great UB40 could do it, and top both the US and UK charts in 1993.

This is an easy karaoke song for newbies & karaoke masters alike!

This was the debut single by American artist Sean Kingston from his eponymous debut. First released in 2007 when he was just 17 it is his signature song. Fun and playful track for all to enjoy.

An easy song for anyone to perform at karaoke.

shaggy | it wasn't me

This was Shaggy's first No.1 hit in the US and also reached No.1 in the UK charts in 2001 making the song a transatlantic chart topper!!

bellamy brothers | get into reggae cowboy

This one is for all you country boys to 'shuffle them boots on the street'. Get into reggae cowboy and feel that reggae beat!

A true reggae masterpiece from the icon himself!

Released in 1983 the title & lyrics refer to black US cavalry men known as 'Buffalo Soldiers' that fought in the American Indian Wars in 1866.

Bob Marley likened their fight to a fight for survival! No doubt you will have plenty of support to survive your performance with one of the most amazing reggae karaoke songs ever written!!

This song is up there with the best reggae karaoke songs ever. Released in 1968 it reached the Top 10 in the United States, peaking at No.9 on The Billboard Hot 100 Singles Chart.

It reached the No.1 spot in the UK, Jamaica, South Africa, Canada & several other countries. Reggae at its best from Desmond Dekker!!!

Jamaican singer Omi released this song in 2012 and it reached the No.1 spot in 20 countries. The biggest success came when DJ Felix Jaehn did a remix of the song in 2014.

Perfect upbeat reggae song to keep everyone in the party mood!

Come over is a song by the British electronic group Clean Bandit. It features Stylo G a British reggae artist and was first released in August 2014 in Ireland.  Another great track for your reggae playlist!!!

the melodians | rivers of babylon

This unforgettable rastafari song was written and recorded by Brent Dowe and Trevor McNaughton of the Jamaican reggae group the Melodians in 1970.

There have been so many cover versions of this song over the years and in 1978 it was re-popularized by the Euro-Caribbean group Boney M.

They were awarded a platinum disk and their cover of the song became one of the top-ten, all-time best selling singles.  Reggae karaoke songs such as this classic should be on everyone's playlist if it isn't already.

Check out the 'B' side of Boney M's cover for another great reggae classic 'Brown Girl In The Ring' that always hits the mark with any karaoke crowd!!

This was Shaggy's debut song and was the first of four UK singles chart No.1's in 1993.

Shaggy was born in Kingston Jamaica but he and his mother ended up moving to Brooklyn, New York where he joined the US marine corps. He was then stationed in Carolina.

Reggae karaoke songs don't get much better than 'Oh Carolina' especially when you want some crowd participation.

Guyanan born reggae artist Eddie Grant wrote this song in the 1980's. It was released 1988 during the apartheid era in South Africa.

Grant wrote this song in honor of Nelson Mandella, the South African leader.

The anti-apartheid reggae anthem was banned by the South African govenment on its' release. Nonetheless, it continued to be widely played in South Africa.

The song gained International attention and reached the No.1 spot in many European countries. Although it did not chart in the USA it was extremely popular in the United Kingdom reaching No.7 in the UK singles chart.

An epic and popular reggae anthem.!!

bob marley and the wailers | jamming

Ooh, Yeah! All right, We're Jammin', and so you should be to this legendary song from Bob Marley And The Wailers' 1977 album 'Exodus'!

Robert Nesta Marley was a Jamaican singer and songwriter who's unique blend of Reggae & Rock music made him an International star. Few songs had more impact than this 1977 hit. 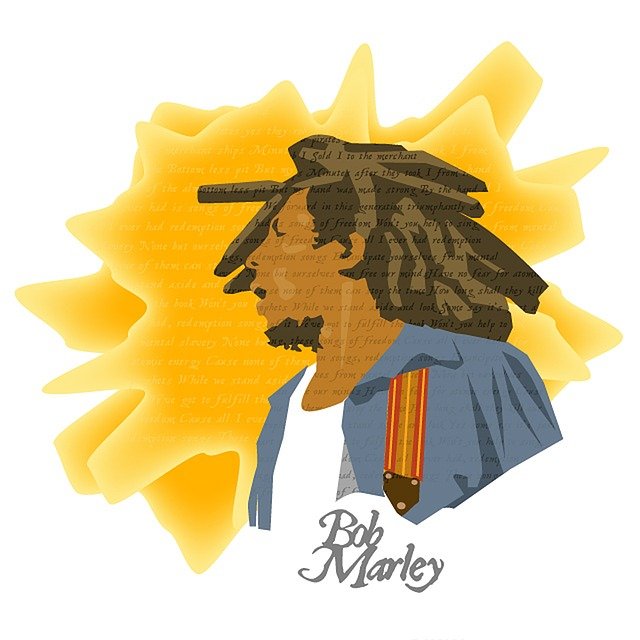 We're Jammin', Jammin',..... and we know all Karaoke Kooks absolutely love Jammin too!!

What an Awesome Selection of Some of the Greatest Reggae Karaoke Songs.

You simply cannot fail to find one that fits you for your next karaoke performance!!.

Reggae Legends Through & Through!!

Girls Just Wanna Have Fun!!!There is no doubt about it, no matter what age your budding Taylor Swift or Katy END_OF_DOCUMENT_TOKEN_TO_BE_REPLACED

Looking for the best karaoke Bluetooth microphone that does it all? Like all the professionals you are sure to love END_OF_DOCUMENT_TOKEN_TO_BE_REPLACED

Hello! My name is Marian and the one thing in life that I am passionate about is karaoke. Just hand me a mic and I am transported to a world of fame & fortune (In my mind that is). I regularly strut my stuff performing a very poor rendition of "Don't you want me baby"!!! The general consensus from my audience is usually a loud "No We Don't". Just kidding! I guess my family & friends would describe me as softhearted, a good listener & not forgetting a great cook.