Sun, Sea & Karaoke? Sounds good, but for most of us we can forget about the sun & sea. Who needs it, when we can all head down to the nearest karaoke bar in town and let our hair down to some classic 90s karaoke songs.

Even a good old get together at home with family and friends will go down a treat for all those Kooks who love a great night of karaoke, singing along to some favorite 90s karaoke songs.

If you want to make sure your 5 minutes of fame does not leave you wanting to find the nearest exit, it's time to browse through our selection of 90s karaoke songs that will show off your best vocal skills leaving your audience begging for more!!

Well, that's what we all hope for!!  If karaoke is not your worst nightmare, then grab a mic and show everybody what you can do with some of the greatest 90s karaoke songs.

A great choice for any 90s karaoke night. Popular at any karaoke event, this catchy track was one of the best-selling singles of all time. Get your Latino moves going and shake that booty!! The crowd will love it.

christina aguilera | genie in a bottle

After being certified double platinum for sales of over 2 million copies, this great song charted in more than 21 countries around the world. Definitely one of the most popular 90s karaoke songs.

This song introduced country music to a new younger audience.  As Billy Rays' first single, it started a new craze 'line-dancing' which was popular all over the world. No problems getting everybody up on their feet with this catchy number.

The great MJ didn't let us down with this upbeat hit! The video premier saw 500 million viewers, more than any other music video ever! Get dancing around the 'totem pole' and bring the house down!

the rembrandts | i'll be there for you

So, How You Doing??? This theme tune from the iconic TV series Friends totally defined the 90s. Get your friends together and smash this timeless hit.

You know you gotta have faith!.... The talented George Michael never failed to impress us with his writing and music skills. Have faith and you can't go wrong with this amazing track.

Like it or not, this song will get stuck in your head for days. The catchy chorus is easy to remember and any karaoke crowd are sure to sing along with you too!

backstreet boys | i want it that way

One of the best 'Boy bands' ever the BSB are still at the top of their game to this day with a residency is Las Vegas. This song is sure to get any crowd going as you simply can't stop yourself from singing along whenever you hear it.

Jump, Jump... Easy as that!! This upbeat track was the third biggest selling single in the USA charts 1992 and is an easy singalong track for anyone to perform even if you don't know all the lyrics...... Just Jump!!!

brian adams | (everything i do) i do it for you

This classic love balled released in 1991 became a worldwide hit and stayed in the No.1 position in the UK charts for an amazing 16 weeks! If you want one of 'Cheesiest' 90s karaoke songs to perform, then this is it!

lenny kravitz | are you gonna go my way

Rock it out to this amazing 1993 track. Dreadlocks and some 'Air Guitar' play will give you an 'edge' and get any karaoke crowd on their feet rockin' the night away.

A popular choice at karaoke this 1996 track spent 4 weeks at No.1 on The Billboard Hot 100 Chart. This talented R'n'B group from LA had several hits throughout the 90s but Life Ain't Easy was their most famous song. Get the girls together and knock this one outta' the park!

shAnia twain | you're still the one

Get your groove on and dance the night away to this amazing track from Miss J.J. The catchy beat and upbeat lyrics make it a hands down favorite at any karaoke night.

savage garden | i knew i loved you

Released in 1999 this beautiful ballad is considered to be one of the best 90s karaoke songs ever. If it's not on your playlist already, be sure to add it!. The soulful vocals and heartfelt lyrics never fail to impress at karaoke.

glenn medeiros | "she ain't worth it"

Another catchy 90s karaoke song that is still as popular as ever. Upbeat music, great rhythm and an easy track to sing along to. Give it everything you've got!!

This unforgettable song released in 1996 was nominated for two Grammys including song of the year!. After featuring in the classic movie 'Jerry Maguire' the song went viral. Perfect 90s karaoke song choice.

Montell Jordan | this is how we do it

Still as popular today as it was in the 90s, this catchy tune is a popular karaoke favorite.  Grab a mic and show everybody how YOU do it!

Released in 1998 this up-beat track is one of those great 90s karaoke songs that everyone knows. Shake it out to the catchy beat and you will have the crowd Boom, Boom, Boom, Booming the night away!

Hello, Hello, hello, how low! You only have to hear those words and you know straight away this is Kurt Cobain. One of Nirvanas' greatest hits, this was the lead single from the album 'Nevermind' and its' success saw the bands' popularity skyrocket!

Smells Like Teen Spirit was voted No.9 on Rolling Stones list of the 500 greatest songs of all time and it is a song that will go down in music history. Sadly, the talented artist Kurt Cobain died on April 5th 1994, it was determined he had died by suicide. 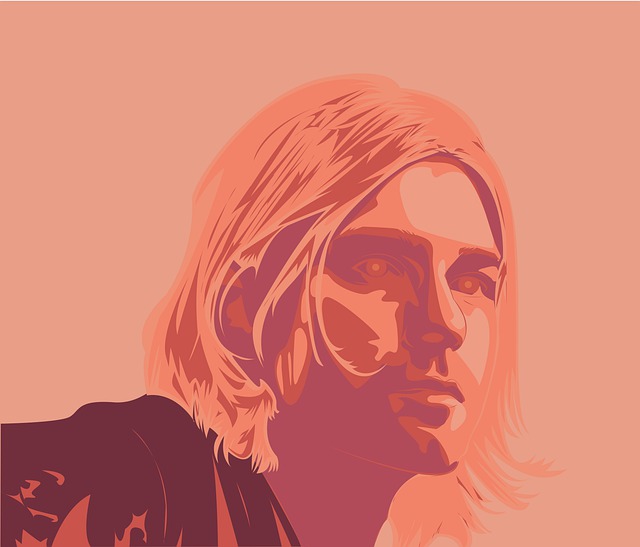 Approximately 5,000 fans attended the memorial service on April 10th 1994 to say their farewells to one of the greatest talents in the music industry.

Smells Like Teen Spirit is, and always will be one of the greatest Grunge Anthem songs ever and is loved by Karaoke Kooks all over the world!

The 90s brought us every style of music out there, Grunge, Disco, Gangsta Rap, Punk & more.

Next time you are in the audience at karaoke don't forget to shout out at the top of your voice Here We Are Now, Entertain Us!!

Music is first, lyrics are secondary

Get those blue suede shoes on, get ready to shake, rattle, roll and rock around the clock to some of END_OF_DOCUMENT_TOKEN_TO_BE_REPLACED

Recording...The best karaoke machine that records will not only record songs you sing with the karaoke but also allow you END_OF_DOCUMENT_TOKEN_TO_BE_REPLACED

Hello! My name is Marian and the one thing in life that I am passionate about is karaoke. Just hand me a mic and I am transported to a world of fame & fortune (In my mind that is). I regularly strut my stuff performing a very poor rendition of "Don't you want me baby"!!! The general consensus from my audience is usually a loud "No We Don't". Just kidding! I guess my family & friends would describe me as softhearted, a good listener & not forgetting a great cook.